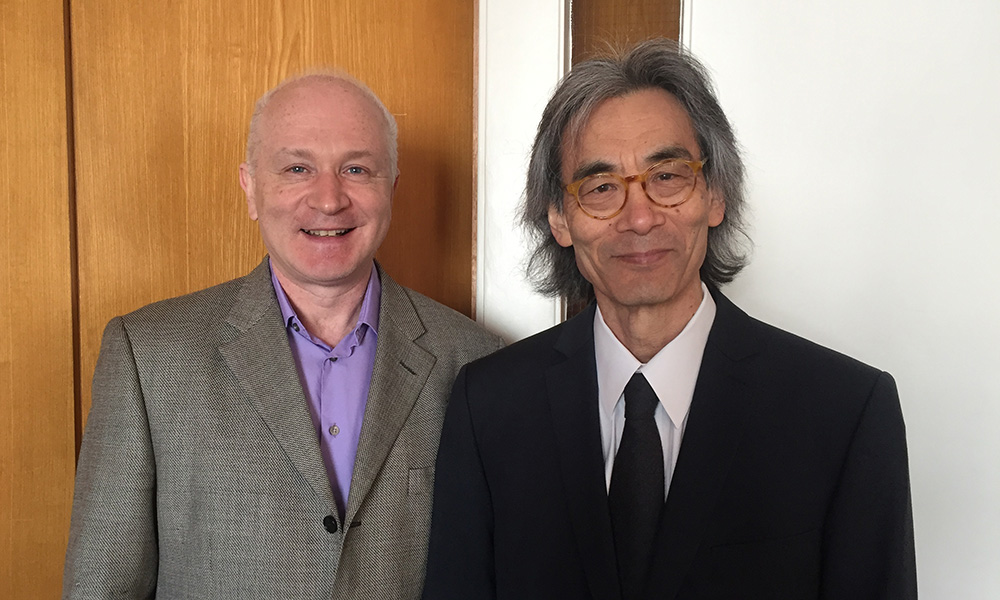 We met through our fellow teacher, Olivier Messiaen, in 1983 during the “Saint Francis of Assisi” production.

I do recall that Messiaen brought George to see me after a performance and introduced him as a very talented young composer. However, once he had made the introduction, he took me alone aside, held my arm, looked me in the eye and reiterated: ”…a VERY talented composer.”

This was the first and the only time that Olivier Messiaen recommended a composer to me. Of course, I immediately and carefully studied George’s works and was so impressed that I began a cycle of his works in California and tried to perform his music wherever I could.

Astonishingly, this was some 35 years ago and over this time I have had the privilege of witnessing a young prodigy grow into a master composer. 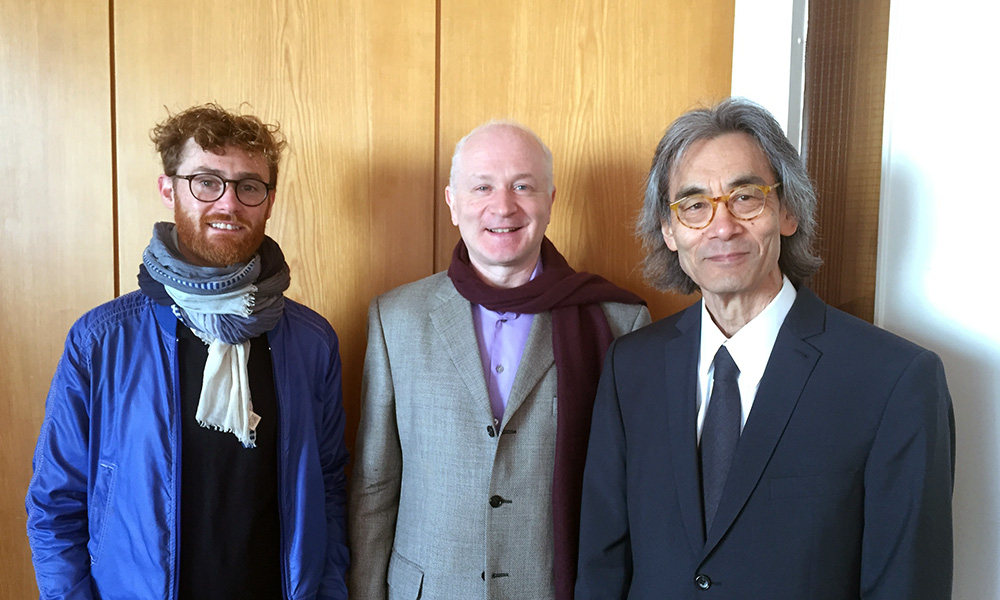 As with the other high profile Messiaen students such as full as Boulez, Xenakis, Stockhausen and Loriod –  George’s music does not sound like Messiaen and rather has its own clearly independent personal voice, style, syntax and semantics.

This is one of the great tributes of Messiaen as a teacher – in that one sees that he helped nurture each student’s own instincts, rather than urging him or her to imitate his own.

Perhaps the only other really moving experience was when George and I attended Messiaen’s funeral and burial at his country home outside of Grenoble, France. We both recall seeing through our tears a beautiful bird in flight arrive and suddenly land at the gravesite. It seemed to grieve as it joined us in wishing the great master farewell.

George was always there for great moments: Mari’s and my marriage at which he was our best man, the baptism of our daughter, and becoming godfather of our daughter Karin. For each birthday he wrote a small original piano composition for her, of which she keeps as her very privileged private collection today.